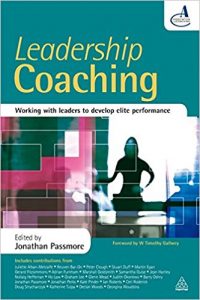 The Oríkì Coaching Model™ was developed by Judith Okonkwo in response to the lack of diversity conscious options for leadership development.  As leadership scholars have noted globally the majority of thought leadership in the field is drawn from Western paradigms, effectively disenfranchising other cultures and fostering a sense of othering. In contrast diversity conscious methods are known to not just be inclusive but aid in the identification and elimination of unconscious bias, and enable the dignity that comes from identifying with one’s own culture.

The Oriki Coaching model was first made available globally as a chapter in the Kogan Page text on Leadership Coaching (available on Amazon). Since then it has been used globally.

Judith Okonkwo was born in London, and grew up in Austria, Sierra Leone, Nigeria, Indonesia and Japan. She is a Business Psychologist, Coach, Organisation Development Consultant and Technology Evangelist with experience working in Africa, Asia and Europe. In 2009, Judith developed the Oríkì Coaching Model™. An avid scholar-practitioner, Judith has co-authored 3 books, written numerous articles and is a frequent international conference speaker.

An interest and passion for inclusive leadership models was a key driver for Judith’s move to Lagos in 2014, where she has spent time doing research on leadership in Africa. She sits on the Board of the European Organisation Design Forum; and is a guest lecturer at the Lagos Business School, Lagos, Nigeria and University of Westminster, London, UK. Judith is a Fellow of the Royal Society of Arts and an Associate Fellow of the British Psychological Society. In 2016 she set up Imisi 3D, a virtual reality creation lab, in Lagos, Nigeria.